In the summer of 2022, the Grand Teton Music Festival presented its 61st season under the leadership of Music Director Sir Donald Runnicles. Highlights from two performances in August were captured for an hour-long program that features pianist Ingrid Fliter and six world-renowned opera soloists. The program includes music by Schumann, Brahms and selections from Puccini’s La Bohème. Grand Teton Music Festival 61st Season Highlights can be watched live on WyomingPBS on Friday, November 18 at 8pm and Saturday, November 19 at 3pm. It's also available to stream anytime from the PBS app. Click on the link below for instructions.

Highlights from performances in August 2022 were captured for this special program.

In the summer of 2022, the Grand Teton Music Festival returned for its 61st season under the leadership of Music Director Sir Donald Runnicles. Highlights from performances in August were captured for this special program with music by Schumann, Brahms and Puccini.

R. Schumann: Concerto for Piano in A minor, Movement 1

Stream the best of PBS.

About the 61st Season

Crowd-favorite Capathia Jenkins joined GTMF again as vocalist for the Patriotic Pops concert at the Center for the Arts Park. A free Family Concert was also presented outdoors. About the Guest Artists 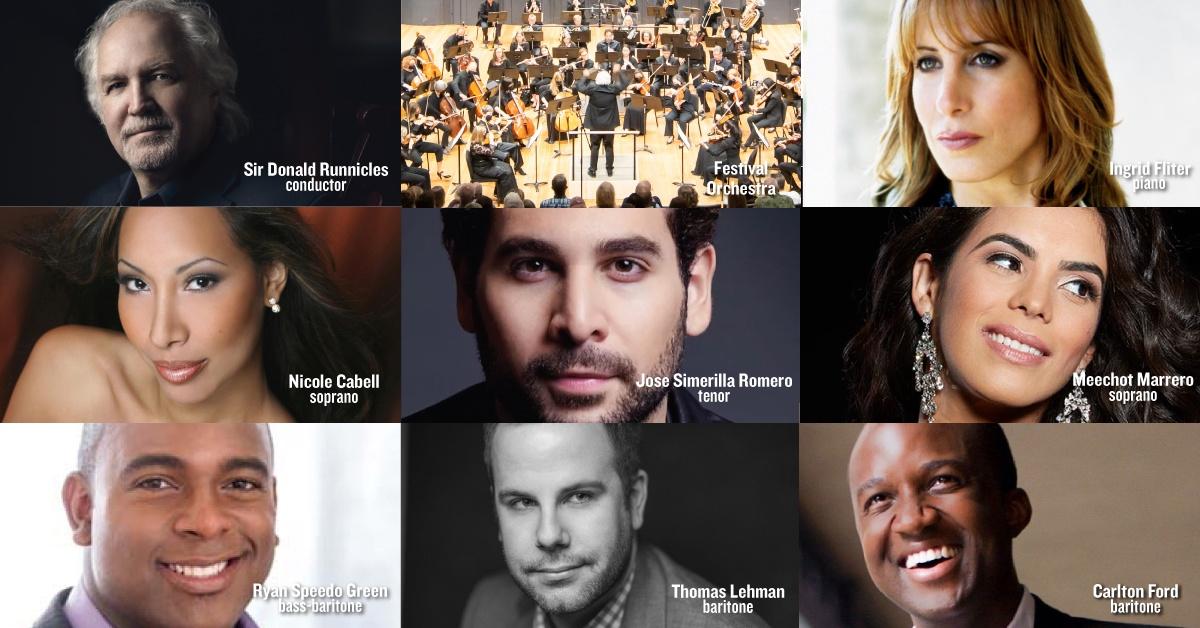 Argentine pianist Ingrid Fliter has won the admiration and hearts of audiences around the world for her passionate yet thoughtful and sensitive music making played with an effortless technique. Winner of the 2006 Gilmore Artist Award, one of only a handful of pianists and the only woman to have received this honor, Fliter divides her time between North America and Europe. She made her debut at the Grand Teton Music Festival in the summer of 2022.

Nicole Cabell, the 2005 Winner of the BBC Singer of the World Competition in Cardiff and Decca recording artist, is one of the most sought-after lyric sopranos of today. Her solo debut album, Soprano, was named “Editor’s Choice” by Gramophone and has received an incredible amount of critical acclaim and several prestigious awards, including the 2007 Georg Solti Orphée d’Or from the French Académie du Disque Lyrique.

Soprano Meechot Marrero has been called, “a revelation…a young Puerto Rican star with a great career ahead” (El Nuevo Día). A member of the Deutsche Oper Berlin ensemble, the 2021-22 season brought three debuts: Gretel in Hänsel und Gretel, Woglinde in Götterdämmerung and Musetta in La Bohème. Additional season engagements included Marrero’s debuts in Spain and Portugal as Gretel in a concert version of Hänsel und Gretel with the Orquesta Sinfónica del Principado de Asturias in Spain.

Praised for his "power, passion, and lyrical finesse" (Opera Magazine), in the 2022-23 season rising young Argentinian-Spanish-American tenor Jose Simerilla Romero joins the Nederlandse Reisopera as Rodolfo in La bohéme, makes his Los Angeles Philharmonic debut as Jaquino in Fidelio under the baton of Maestro Gustavo Dudamel, and makes his San Francisco Symphony debut singing the role of the Shepherd in Oedipus Rex led by Maestro Esa-Pekka Salonen.

American baritone Thomas Lehman is a member of the ensemble at Deutsche Oper Berlin and is a graduate of the Eastman School of Music. Lehman’s future guest engagements include his debut for English National Opera as Hector in a new production of King Priam and Renato in Un ballo in maschera in Klagenfurt. For the Deutsche Oper, upcoming highlights include Gunther in a new production of Götterdämmerung, directed by Stefan Herheim.

Carlton Ford is renowned for the dramatic vigor, precision and natural beauty of his singing. Acclaimed by The New York Times as a “robust baritone with a vibrant stage presence,” Ford is a graduate of both The Juilliard School and Rice University and has performed with Le Théâtre du Châtelet, New York Philharmonic, Deutsche Oper Berlin, Houston Grand Opera, the Aspen Music and Glimmerglass Festivals, and at Carnegie Hall.

In the 2022-23 season, Maestro Runnicles will lead performances of Arabella, Elektra, Fidelio, Tosca and Tristan und Isolde at the Deutsche Oper Berlin; Die Frau ohne Schatten at the San Francisco Opera; concerts with the Atlanta Symphony Orchestra, including Mahler’s Fifth Symphony; and performances with the Minnesota Orchestra.

Sir Donald Runnicles was born and raised in Edinburgh, Scotland. He was appointed OBE in 2004 and was made a Knight Bachelor in 2020. He holds honorary degrees from the University of Edinburgh, the Royal Scottish Academy of Music and Drama and the San Francisco Conservatory of Music.