In 1842 the first published image from within the Rocky Mountains was drawn by Charles Preuss, perched atop a rock in the Wind River Range of Wyoming. This image, combined with John C. Frémont's report from the expedition, paved the way for the Great Western Expansion of 1850 including the California Gold Rush, the Oregon Trail, and the Mormon migration to Salt Lake City. The rest is history. Well, it's all technically history.

Morfar's View of the Winds, which premieres on WyomingPBS Monday, October 11th at 9pm,  tells the story of an 80-year-old photographer, Dr. Conrad Smith (Morfar), who has spent nearly a decade trying to locate the exact rock within the Rocky Mountains where Charles Preuss sat in 1842 to sketch the first published image from within the Rocky Mountains. This film follows Dr. Smith together with his daughter and granddaughter as they navigate an unexpected turn of events on the final expedition to verify the location where this influential drawing was created in order to reproduce the image in photographic form 177 years later.

Along the way, we all learn about determination, family and aging through the will of a curious, unique and lovable man. 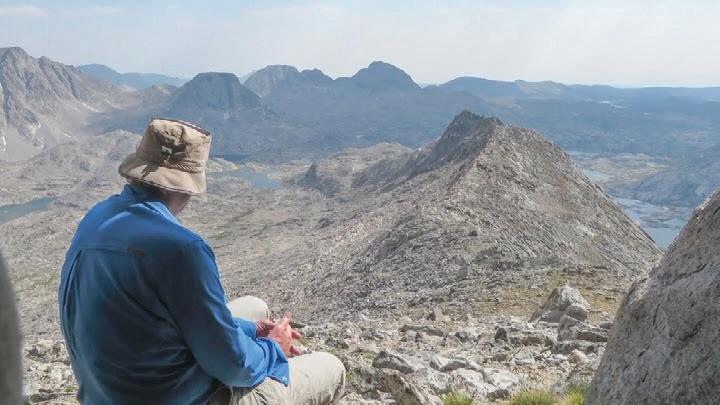 4 / 12
Share This Gallery
Irja and Deirdre looking for the rock. 5 / 12
Share This Gallery
Irja and Deirdre on the rock. 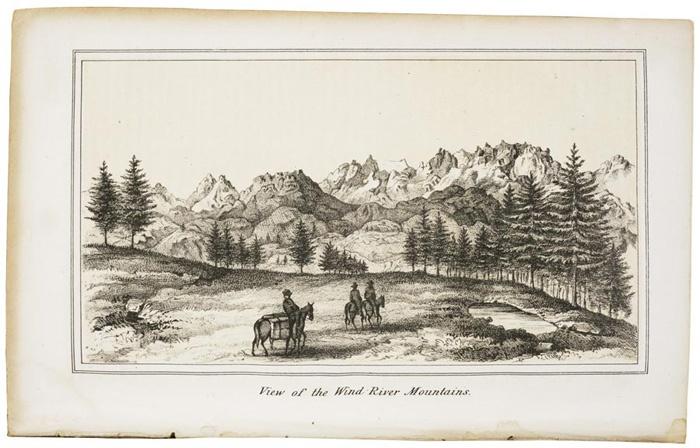 7 / 12
Share This Gallery
View of the Wind River Mountains, illustration by Charles Preuss,  from A Report of an Exploration of the Country Lying between the Missouri River and the Rocky Mountains on the Line of the Kansas and Great Platte Rivers, printed by order of the United States Senate, 1843 8 / 12
Share This Gallery
Irja with photo board comparing skyline 9 / 12
Share This Gallery
View of the peaks from the rock. Carrie McCarthy, PhD is a scientist turned director/producer who got her start working as a scientific film consultant before going on to earn a PhD in Materials Chemistry from the University of Southern California. During her time in academia, Carrie was awarded a grant from the National Science Foundation to fund her research, which has been published in several peer-reviewed journals and presented at conferences worldwide.  Under the shingle of Burning Torch Productions, Carrie and Mark co-produce documentary, feature, and episodic content. Carrie is a hands-on producer who believes that being on the ground in the trenches is the only way to ensure the integrity of the project. She is driven by her endless curiosity to hunt down engaging stories with a unique perspective. She has a critical eye for detail in the true-life stories she develops.

Mark Pedri is an expedition-based documentary filmmaker and writer from Southwestern Wyoming where he tells stories from off the beaten path with his wife Carrie. Mark and Carrie founded Burning Torch Productions in 2014 as a nimble boutique production company to focus on character-driven stories from the backcountry and backroads of the world. Their latest film Dear Sirs took them across Germany by bike in the winter to retrace the footsteps of an American Prisoner of War during WWII.

Mark has an MFA in Producing for TV and Film from the University of Southern California and splits his time between Los Angeles and Wyoming.